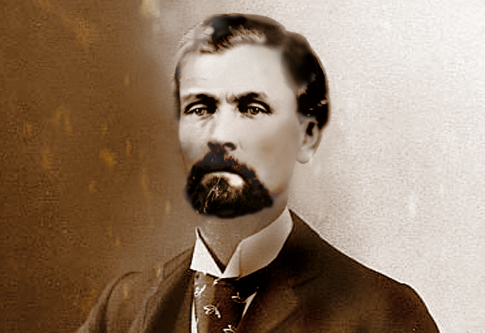 Edouard Pinaud’s story began in 1810, in Abbeville. A hard-working city in the north of France. It was born into a family of craftsmen and merchants.

Always fascinated by these elegant silhouettes that leave behind a subtle fragrant trail. He is passionate about perfumes and decides at a very young age to make it his profession. At 13, he left his family to become an apprentice in order to master the techniques of perfumery.

In him a passion was born. And she was going to change her destiny.

When he arrived in Paris, Edouard Pinaud bought “A la Corbeille Fleurie”, a store located at 230 rue Saint Martin, he was just 20 years old and knew how to do only one thing: make perfumes. Intelligence will replace experience, and its surprising genius for creation will be its main asset.

His first masterpiece was a Violette de Parme bouquet so light and refined that even the old masters were amazed by so much skill. 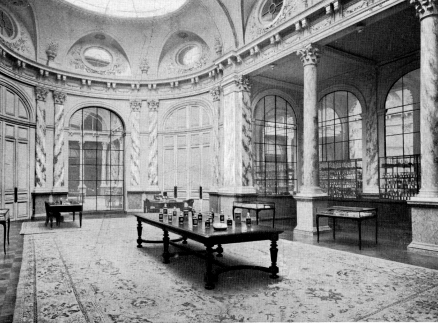 Edouard Pinaud officially appeared in 1842 as “Manufacturer of
Parfumeries Superfines” in the registers of the Paris Commercial Court.

Inspired by his model, Jean Louis Fargeon, “Parfumeur du Roi et de la
Court” during the Revolution, then official supplier to Napoleon I, Edouard
Pinaud is not satisfied with reproducing or perfecting compositions
famous people of the time. He is now experimenting with his own recipes and is
delivers research on new compositions.

To meet the growing demand for his creations, he and his friend Emile Meyer teamed up to found a first cosmetics factory in La Villette and opened four stores in Paris. The success is immediate.

On August 18, 1855, on the occasion of the Universal Exposition, Queen Victoria went to Paris. Edouard Pinaud wanted to attract his attention and created a perfume in his name “Bouquet de la Reine Victoria”. She was immediately charmed by the talent and enthusiasm of the young designer. Edouard Pinaud became the official supplier to Napoleon III, Emperor of the French and His Majesty the Queen of England, Victoria. 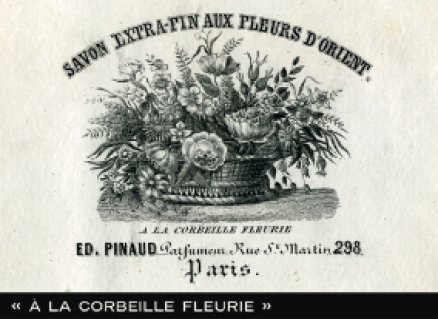 After winning all the international prizes and receiving all the honours, Edouard Pinaud is now writing his memoirs “in order to transmit his know-how and experience for the good of the Perfumery he so loved”.

“I have had only one requirement in my life, to reach the sublime (…) Keep this in mind and seek only in one direction, that of the Absolute Perfection”.

He died, exhausted by work and his overly great love of the profession, surrounded by his family and his friend Emile Meyer on October 2, 1868.

It was then Emile Meyer, his most loyal friend and collaborator with a formidable intelligence, who took over the management of the perfumery. He knows how to combine the unconditional support of all to take the destiny of Pinaud even further.

“Alone, we are nothing, but united we can, against all odds, conquer the world”.

Under Meyer’s direction, the company received the highest awards at the World Fairs in Vienna, Chile in 1875 and Paris in 1878. 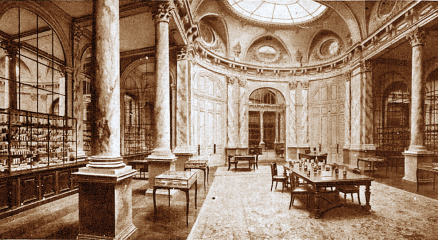 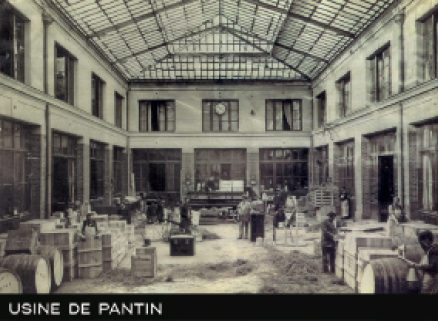 It was in 1883 that Meyer joined Victor Klotz.

At the end of the 19th century, the 1889 Paris Universal Exhibition awarded its grand prize to the composition Ixora, created under the direction of the last great chef of the Pinaud house at the end of the century, Victor Klotz.

Always at the forefront of research, Edouard Pinaud is constantly inventing. Klotz travels the world to further internationalize the brand and be present in each country. With the help of several correspondents and trusted men, he creates unique products featuring influential people in all countries, offering precious gifts and perfumes.

In 1891, the Pinaud house presented one of its greatest historical successes, FLIRT, a symbol of the luxury and refinement of the Belle époque. A bold fragrance, it caused a sensation with its English name, which earned it many imitations.

In 1897, the Pinaud house opened a sign at 18 place Vendôme, which has since become the mecca of Haute Joaillerie.

In 1900, in keeping with its tradition, the Pinaud house composed its famous “Bouquet de l’Exposition” for the Paris Universal Exhibition. To stand out, Klotz decided to organize the Perfumery Museum and make it one of the jewels in the crown of the Exhibition.

The Pinaud house, placed out of competition, is consecrated by the oldest Master Perfumer in Paris, Piver, member of the Jury, in the presence of Roget and Gallet and Guerlain.

In 1908 Henry and George Klotz took over from their father. In less than 10 years, they have succeeded in establishing the brand on all five continents. They then set up in exceptional locations such as 5th Avenue in New York in 1920 and set up their headquarters at 120, avenue des Champs Elysées. An exhibition store will be opened at 168, rue du faubourg Saint Honoré.

A man of genius was then called to take over the reins, Roger Goldet. It gives a new tone to Pinaud, relaunches creation and exhibitions and the brand is once again making a name for itself in fashion magazines.

In 1937, he created the famous mascara used today by women all over the world, Mascara 612, and revolutionized the world of make-up forever. The same year he presents the mytic SCARLETT perfume.

During the war, production was not interrupted and in 1943 the famous perfume OPÉRA appeared.
The Pinaud company is launching into the manufacture of complete ranges of fragrance products: skin care lotions and creams, cosmetics line. Goldet will implement demonstrators in department stores to improve the distribution of its products to customers.

Roger Goldet innovates once again by launching fragrant skincare ranges for children with Les Cherubins. Like Edouard Pinaud and Victor Klotz, Roger Goldet is a defender of French perfumery. He became a benefactor member of the International Museum of Grasse where some of the most beautiful bottles of the house are exhibited.

His son, Olivier Goldet, took over his father’s business and led it until the dawn of the year 2000. With it, the brand adapts to the contemporary world, the lines are refined and the design is resolutely modern.

The adventure continues today for Ed Pinaud: re-releases of fragrant creations and new products come to life through the DNA of the brand’s historical archives, carefully preserved in the Parisian museum dedicated to its creator, based on Avenue Montaigne.

Perfumes, home perfumes, cosmetics, jewellery and finally watches are all an incredible reference to the richness of its history and the genius of its creator and its successors. And it is with the same high standards that Ed Pinaud has been offering since 1830 a philosophy of Beauty and a real French way of life.

TOP
We use cookies to ensure that we give you the best experience on our website. If you continue to use this site we will assume that you are happy with it.Ok